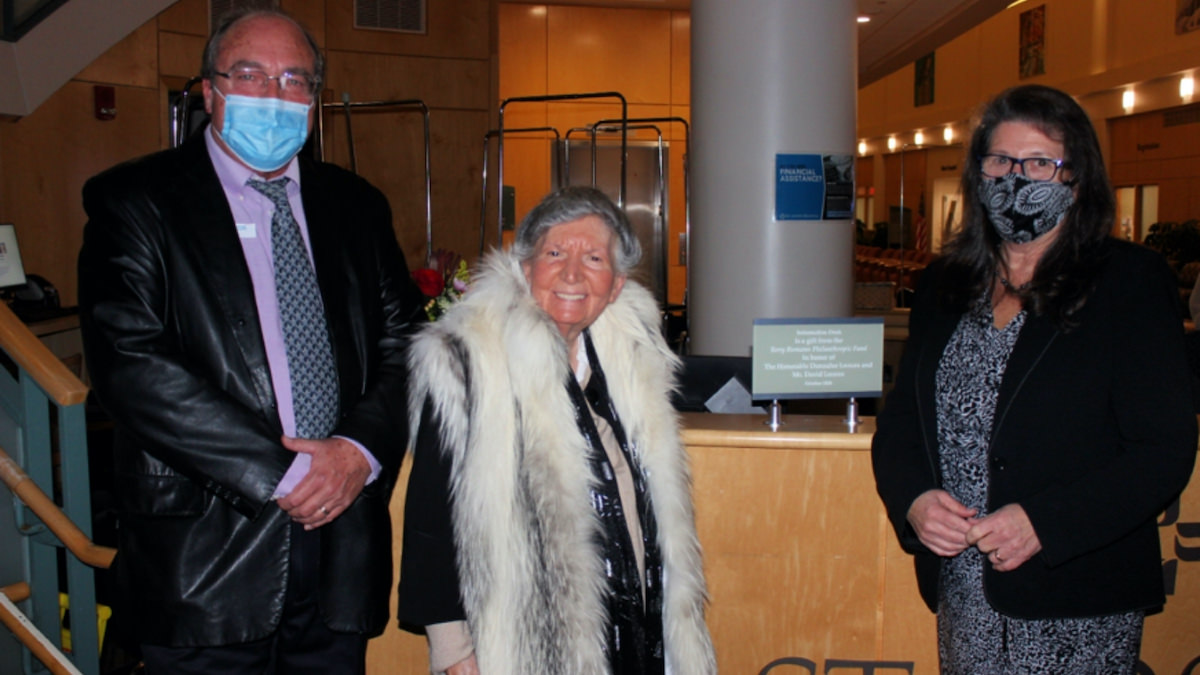 President of St. Joseph Hospital, John Jurczyk along with Board President, Louise Trottier were both on hand to thank Ms. Romano. “We are so humbled and grateful to you Terry, for including St. Joseph Hospital in this incredible offering. The Lozeau family has a long history with the hospital, so it is so fitting to be honoring this family today. David’s father worked in facilities for over thirty years, his mother, Marjorie was one of our first graduates of the St. Joseph School of Nursing and worked here as an RN, her entire career. Additionally, David’s brother was an electrician here for many years and his wife Cindi currently works in our finance department.”

According to Ms. Romano, the gift was made to honor the Lozeau’s for their commitment and dedication to St. Joseph Hospital and the City of Nashua. A lifelong resident of Nashua, Donnalee began her work in public service at the age of 24 when she was elected to the New Hampshire House of Representatives in 1984. She served 8 terms as a citizen legislator representing Nashua’s Ward 5 and as Deputy Speaker to Speaker, Donna Sytek. Currently, Donnalee serves as the Executive Director of Southern NH Services, an agency which provides services to address the problems and barriers which block the achievement of self-sufficiency. David, now retired, spent his early career as an engineer and became a longtime owner of several restaurant’s and catering businesses in Nashua.

About St. Joseph Hospital: St. Joseph Hospital is a regional, full-service healthcare system serving the Greater Nashua area, western New Hampshire and northern Massachusetts. We are building on a century of service to meet the growing needs of our community through innovation, leading-edge technology, and the highest-quality medical care, our tradition since 1908. Our medical staff, employees, and volunteers are recognized among the very best by all the standard quality measures and by those who count the most-our patients.